Omar Omar: ‘On The Sly’ – pure crossover elegance at its best 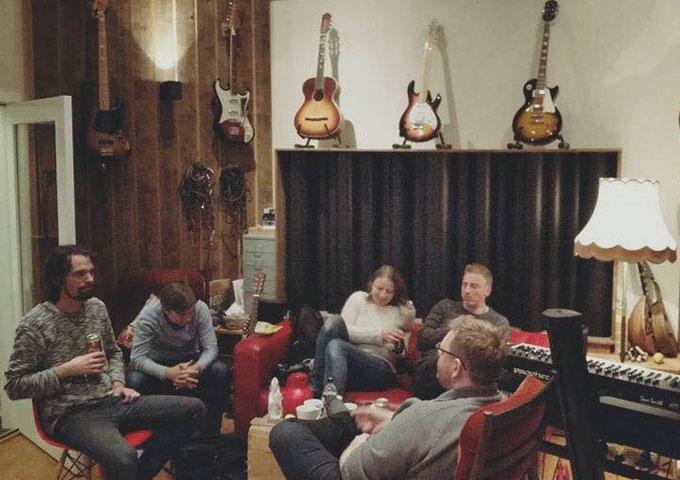 Omar Omar is a Norwegian pop band who describes their 10 track album, ‘On The Sly’, recorded at Flatcity Records by Jim Berget, as being “white eyed soul to jazzy funk,” while the lyrics are about how “terribly hard it is to be in the middle of life in the Norwegian middle class.” Influenced by the 70’s and 80’s, Omar Omar is Tarjei Havnes (lead vocal/guitar), Lars Jørgen Frisnes (guitar), Christiane Lier Dahl (vocals), Eivind Woxen (bass/vocals) and David Jordhus-Lier (keyboards/vocals). Imagine a breezy Sunday summer evening, on the top deck of a house-boat, floating at anchor, in a cove, on a lake, listening to the silky satin voices and smooth and jazzy soundscapes – filled with clean jangling guitars, twinkling pianos and breezy synths. If Steely Dan’s ‘Aja’, Stevie Wonder’s ‘Talking Book’, and Boz Scaggs’ ‘Silk Degrees’ are still contenders for your personal Perfect Albums list, then Omar Omar’s ‘On The Sly’ cannot be too far behind.

It fact, in my book it would have been right on par if the band had discarded the rock n’ roll inspired track, ‘Never Rolling Home’. It in itself is not a bad track, but to my mind it just does not fit the atmosphere and mood of the rest of the album. But hey, this is my own personal gripe. You may love it.

Each of the aforementioned albums can be regarded as breakout albums, in their own distinctive way. ‘On The Sly’ is pure crossover elegance at its best and good enough to put it in the same category nevertheless.

If this was released during the 80’s, most of the cuts would already be imprinted on your brain along with some dreamy memories. Listening to the vocals, the lead singers deliver with high quality and a solid range. With a full vision of how they should sound, they are able to deliver with confidence and depth.

Because so much of this album is produced with a light touch, letting the instruments weave through the notes as opposed to smashing through them, the vocals need to have fullness, while also having a basic simplicity in its melodic approach. Omar Omar nails it.

And they nail it brilliantly on ‘Keys To The Honda’, ‘The Morning After’, ‘Letter To Haddaway’, ‘Stranger Confide’, ‘Certain’ and ‘The Space-Time Ballad’. The production on these songs offers a sweetly brewed concoction of fine musicianship, savory song choices, and the spirit of those artists whose magic left their imprint in a completely different era of music.

Creating timeless music isn’t an easy task, especially for those artists who opt to work at the intersection of diverse genres. On the one hand, it is important for these musicians to embrace current trends; while on the other hand, hindsight sometimes has the cruel habit of revealing the deficiencies of previously fashionable techniques.

Instead Omar Omar takes the best of today’s technical qualities and blends it with the best of yesteryear’s songwriting. The result is a formula that forges modern cutting edge material with strong nostalgic and familiar moments. This is what makes ‘On The Sly’ so endearing to the ear!