Martell Lacey: “Spell On Me” showcases his pen and clever melodies 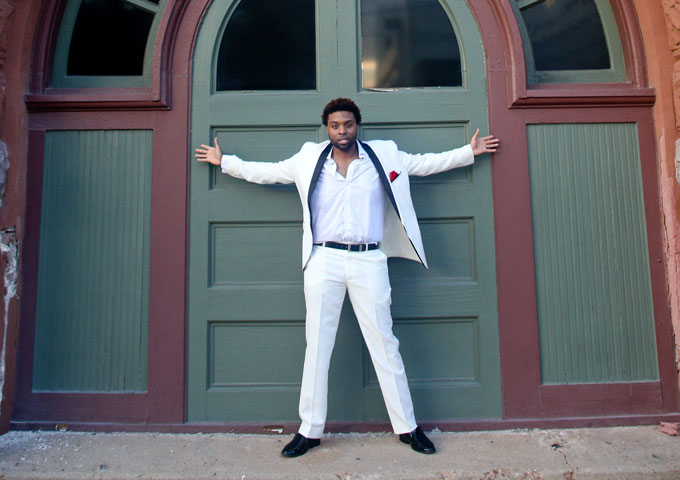 Martell Lacey is a pop, R&B and soul singer, songwriter and actor from Houston. His early roots were in gospel and he cites artist like Michael & Janet Jackson, Stevie Wonder, Whitney Houston and Luther Vandross as his inspirations. Martell been performing since the age of 12 when his mentors V. Michael McKay, Shirley Joiner and Stephanie Wright guided his development as an artist. He has lent his background vocals to TV One’s R&B Diva Chante Moore. Martell has also performed on the locally renowned musical production DITS (Dancin’ In The Street), the Motown and More Revue. His latest EP, “Emotional Rollercoaster” will be available in 2018.

In the meantime Martell Lacey has dropped the soul infused pop track “Spell On Me” which also has an EDM dominant twist. This is by far one of Lacey’s most captivating songs. The project showcases the singer’s growth and understanding of how to use his pen and clever melodies to enthrall his listeners.

He uses storytelling and niche melody arrangement to keep the music lover tuned in. Much like the Smokey Robinson’s and Babyface’s of yesteryear, Lacey possesses the gift of churning out soulful tunes with the perfect recipe for instant success when it comes to enchanting the ear of any era.

As an artist evolves it can becomes increasingly difficult for them to modify their sound without losing touch with their core audience. While broadening his horizons by dabbling in the Pop and Electro-Pop worlds, Martell Lacey seemingly has not struggled with this. Attempts to strike a balance between his Pop Electro audience and his R&B audience can be heard in his concise catalog. Particularly between the R&B track “Love Action” and the House track, “Driving Me”.

Right away on “Spell On Me”, you can tell this is one that Lacey has poured his heart and soul into – you just feel it in the vocals and lyrics. Drawing influences from the artists of past and present, he’s managed to create a unique and modern track that stands out on its own, totally different from anything close to its genre or label.

Right from the introduction, your attention is caught and you just melt into the smooth rhythm changes and vocals – totally losing yourself, to the extent that you can visualize the story that the song is telling, perfectly in your head. All the while moving your body to the insistent beat.

With the music industry struggling you can understand why Martell Lacey has pulled out the Electronic sound card and plugged it into his soulful R&B console. He’s not the first urban artist’s to do this by a long shot, but he is certainly up there among the best.