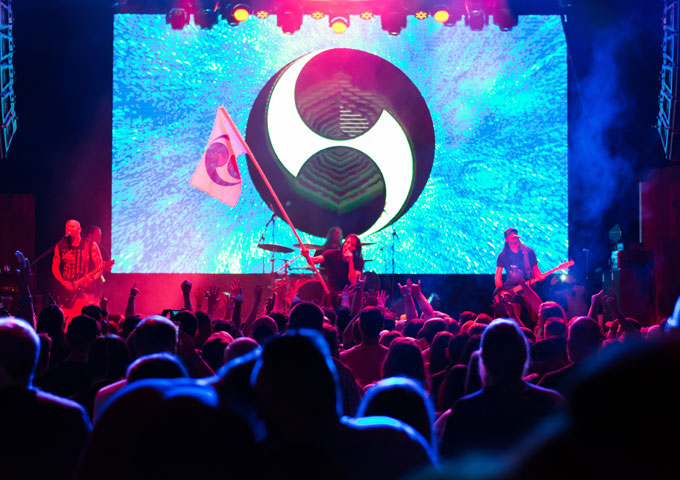 The 1994 assembled Dallas TX alt-rock band, JIBE, featuring vocalist Joe Grah, guitarist Toby Bittenbender, Corey Tatro on bass, and drummer Todd Harwell, is back after an eleven year hiatus with a brand new, full-length concept album, entitled “Epic Tales of Human Nature”. Produced by JIBE and Matt Noveskey (Blue October), and mixed by Grammy award-winning producer/engineer, Toby Wright (Metallica, Alice In Chains, Korn), the recording was completed at Orb Recording studios in Austin, TX. Wow! Once every year or two, I pick up an album that is so good it dominates my music preference for weeks or even months on end because it’s so good, so captivating, and nearly every song is a gem. “Epic Tales of Human Nature” is one of those albums.

Thirteen tracks deep, this album is a thoughtfully underscored and in-your-face social commentary set to hard rocking riffs that takes no prisoners. Kicking off with “Children of the Sun” starts off the album in a decidedly anthemic and melodic way with grungy guitar riffs followed by the rush of soaring choruses.

“Broken City” is a bold statement that JIBE is back with cutting guitars, as well as accompanying booming drums and bass that demands attention from the first fist-pumping beat and riff. Moving on to “The Human Condition”. We hear a head-bobbing piece of intricate rhythm and rhyme that tells the listener to “save the human race, before it’s too late.” Keeping with the seeing past the end of your nose theme is “Release” – a biting track that takes the listener by the neck and shows them how the world keeps spinning badly, “as change is what we need.” Joe Grah’s satin-and-gravel blended voice, cuts into “Girl On The Hill”, just leaving enough room for Toby Bittenbender’s screaming guitar to exercise its potency, before the band falls into a brief piano-driven slumber on “A Shadow In The Garden”.

“Change” proceeds to lift the intensity with an upbeat radio-ready rock tune. “We’ve Only Just Begun”, is the type of track you purchase an album like this for – changing moods, soft and loud tones, adrenalin-pumping choruses, a motherlode of guitar riffs and inebriating vocals.

By the time we hit the rumble of “Don’t Give It All Away”, it is clear that JIBE has come back in a huge way. Their no holds barred, kick-ass rock, shakes the very foundations of the genre, saying it’s not over yet…not by a long shot.

The band is just as impressive when they take their feet off the pedal, as they do on the acoustic driven melody of “Waiting”. The track offers you just enough breathing space, before its back to the rock drawing board for “The Best I Ever Had”, another vehicle designed for Grah to show off his vocal cords, alongside Bittenbender’s fiery electric six-string. “Sanctuary” provides yet another quiet interlude, before “Bravery” delivers a multilayered backdrop of rich sounds and harmonies to close the album in luxurious style.

As a whole, JIBE’s album, “Epic Tales of Human Nature”, is intensely immersing. With the combination of the dramatic instrumentals and enthralling vocals, the recording can almost be considered cathartic given the themes it covers. I would rate this album, as a triumphant return for the band. Incandescent and emotional, this recording will launch JIBE back onto the scene without skipping a beat.