Talented multi-instrumentalist, songwriter and performer, Tito Abeleda, announces the release of the music video to his hit single – Desejo.

Tito Abeleda is the artist and producer behind Visionary Quest Records.  Tito’s music has become increasingly popular due to his unique delivery of his music that transcends rigid structures via his mode of storytelling through music that moves the inner spirit and imagination to dance. Tito recently released the music video to one of his hit singles titled Desejo, treating his millions of followers and other lovers of good music to the best of his signature sounds and melodious tunes.

The entertainment industry has grown over the years, with different talented acts, music companies and other such stakeholders showing their creative sides. One of such acts that have been able to carve a niche for himself in the industry is Tito Abeleda, thanks to his creativity and ingenuity that have helped steal the heart of music lovers across the globe.

Tito with degrees in dance, music, and law has combined his diverse educational background with decades of experience working in the entertainment industry to make beautiful, unique, and thought-provoking music. Tito Abeleda released the single DESEJO and the song has been making waves across the globe, with a strong follower-ship on several digital platforms including Soundcloud, Reverbnation, and Spotify. Tito as an artist has also been growing an influential presence on different social media platforms including Facebook.

Desejo was inspired by the music of India and Brazil. Desejo means desire, longing, and passion in Portuguese. The energetic and emotional delivery of the song merges sensual Indian influences in its introduction with a combination of acoustical ethnic percussion with Brazilian Bass House in its main dance section. This spicy merge in sound and visualization ignites the imaginations of listeners and viewers of their own passion and provocative desires.

The music video of Desejo is currently available on YouTube and Facebook. A full length preview of the music Desejo is also Spotify, Soundcloud, Reverbnation, and the Visionary Quest Records Website. Tito also has artist pages on Spotify, Deezer, Tidal, iTunes, and BandCamp.

Tito also worked as a Broadway performer for 10 years (Shogun: The Musical, Miss Saigon, revival of The King and I), director/choreographer for 15+ years, musician, and producer of BroadwayNow! for 5 years. Adding law to his roster of accomplishments, Tito seems to have seen it all having practiced for more than a decade. However, being an attorney did not feed his soul. So, Tito eventually channeled his energy and creativity into his music with establishment of Visionary Quest Records.

Visionary Quest Records is a record management company founded by multi-talented lawyer, multi-instrumentalist, and songwriter, Tito Abeleda.  As an advocate for recording artists, Tito’s long-term goals are to bring on other artists to the Visionary Quest Records fold so that they, too, can realize their dreams in the music industry. 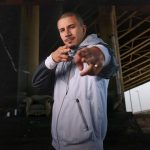