The Jevil Project is a France-based instrumental metal act, who does not perform live, but prefers to create music meant to be listened to. Jevil Project is proficient at marrying sludge metal riffery with dirtier post-rock guitar melodies. Trudging, down-tuned riffs drive each song, while subtle melodic movements develop on top. This pattern works to fantastic effect on the 4 track EP – “Shade”. There are tons of incredibly inspiring moments on this album. There are also plenty of riffs that will make your head bang uncontrollably. Moreover there seems to be sense of adventure on the recording, and with each subsequent listen, this thing wins me over a little bit more.

“Hurricane” starts with a drum roll intro, and from there, it breaks into a prototypical Jevil Project stomp. This song moves, and you can’t help coming along for the ride. If I were asked to deliver one small snippet of dense, heavy music, this would be my clear cut choice.

Generally more complex than the other songs on this recording, there’s something irresistible about “Papyrus”. It’s a fantastic song that definitely would sound great live. It also contains the thrashiest riffs on the album, supported by a bottom-heavy strut alternating with overwhelming doom.

It channels a rich stoner-metal groove, one of the thickest Jevil Project has yet locked into. Positive artistic aggression that is fully composed, showing a clear will to expand in complexity and ambition. This is the type of sound that keeps you interested. It’s great because it grabs you and demands that you listen to it actively.

That complexity and ambition arrives with “Enigm”. Here Jevil Project leads his guitar-work outside of his comfort zone. With well-defined shredding and solo work. There is one riff that really stands out in this song. It goes from the skull crushing low end chords to a high melody very quickly and sounds great.

The bone-crushing depth of some of the riffs is perfectly contrasted by the clear lead guitar lines. Not having vocals is probably a strength of this project. Simple ideas can be flourished into behemoths, as shown by this release

One thing you quickly realize is that this EP actually had thought put into it. It is not just a jumble of songs that don’t have to fit because of the lack of lyrical content. If anything, these songs are closer to one long suite with clear themes that are repeated throughout.

Surprisingly, for instrumental music, the songs are quite short, delivering small pieces of metal bliss, rather overlong egocentrically inclined excursions. Clocking in at just under 10 minutes, four crushing suites deliver what is to flourish into a ravaging and personalized signature of the instrumental post-metal genre. 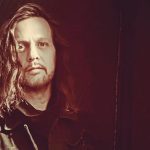