Scotty Seed: One of the more original and thoroughly enjoyable alternative listens of the year!

Proud of his Italian heritage and his role in the LGTBQ community as a queer artist, Scotty Seed is a musician based in the East Village of New York City. Obsessed with art, including fashion and music, Scotty, originally a Jersey boy, started taking songwriting and production seriously in his twenties. Influenced by elements of industrial, pop, grunge, PC music, electronic, and screamo music, he counts artists like Crystal Castles, Marilyn Manson, Hole, David Bowie, Madonna, and Depeche Mode among his inspirations. Fighting an ongoing battle with bipolar disorder, making music provides him with an escape from his mental health problems. Scotty Seed has just released his self-titled 10 track debut album.

From the get go I found myself immediately entranced by the Scotty Seed’s eclectic off-brand emotional electronic sound. His mix of strong, repetitive base beats and experimental usage of overlaying sounds produces and endlessly-listenable soundtrack in which you easily lose yourself.

Throw in the occasional presence of Scotty’s dynamic vocal style, which ranges from punk-rage to smooth melodic and even shows moments of pop influence, and the result is an immensely entertaining and interesting album.

The album opens with an organic influenced sound on the breathy “Brando Knows Best”. This is followed by melodious, tropically flavored “Alone Time” featuring Tatiana Lima.  Things get emotionally intense and abrasive on the fiery and explicit “Kiss The Ring”.

Compositions such as “Kiss the Ring”, “Faust (I Can’t Escape)”, “Playing With Fire” and “Trephination” evoke sentiments not normally felt in electronic tracks that utilize the driving beats that Scotty Seed uses so habitually throughout the album.

While on first listen these songs seem designed to produce the involuntary movements of the head, hips, and limbs that the electronic genre often does, upon closer listen one finds that there is so much more to be discovered, both lyrically and musically in these songs.

It can be an oddly introspective experience, taking you through yourself and back without telling you what, if anything, you will find. Scotty Seed injects an emotional presence, taken from his own personal life experiences into the tracks that is often lacking in popular music, where meaningful lyrics are forsaken.

From time to time throughout the album, the power of the beats are amplified by Scotty’s vocals. In several tracks his voice incorporates itself flawlessly into the composition. This is in part due to Scotty’s dynamic vocal ability, and in part due to the expert vocal production.

This is particularly evident on “Stain on my Dream” and “Mess Wth Me/Hendrix Haze”, where Scotty’s voice shines brightly across its entire register.  Regardless of production, however, Scotty Seed’s vocals have an unmistakable presence on the album. He provides at times both the rage of a tormented soul and the melody of a spirit at peace, and does each equally effectively.

By the time the album closes down with “Disorder”, I realize this is another fine recording that I’ve been unable to get out of my sound system. One of the more original and thoroughly enjoyable alternative listens of the year. Electronic music, infused with punk and rock, this album is always interesting, never dull, and unnervingly catchy!

C.LACY – “Freak Out” is certain to leave the ladies steaming! 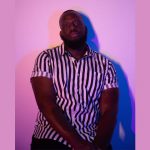 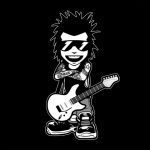 C.LACY – “Freak Out” is certain to leave the ladies steaming!