In the wake of the success of his previous singles ‘Inside Destruction’ and ‘I’m Your Rain’, which together have totaled over 1 million streams between Spotify and Youtube, the young and talented Asian singer Amel D returns with a new number exquisitely rooted in the sounds of alternative rock.

The success of Amel D continues to grow, and with it also her artistic maturity grows, as evidenced by her latest release ‘Pride of Sacrifice’, a new single in which the artist not only exhibits once again all the scratching and energetically permeating force of her vocal timbre, but which allows her to set up an exquisite expressive combination that with evolutionary dynamics exquisitely supports and articulates the theme of the song.

Filled with the sense of frustration we suffer when we are not appreciated by our loved one, the plot of ‘Pride of Sacrifice’ leads to a tumultuous outburst of anger, providing an invaluable hook to anyone who has suffered from emotional experiences of this type. Through parables that alternate between candid reflective parentheses, growing edifying awareness, and explosive liberating declarations, this guitar-driven song is a fresh boost of vitality. Between bitterness, the need to be loved, and the desire to move forward, this piece contains all the value and the weight, the importance and the meaning belonging to the two words, pride and sacrifice, that form the title.

The expressive and engaging power that Amel D exhibits with ‘Pride of Sacrifice’ sanctions how much this young artist has now left behind a past marked by bullying and a radical stylistic change. If you try to picture her near future, you can see an open book full of blank pages that Amel D will have no problem filling with many new passionate and engrossing narratives. She has already shown she has the talent to do it. Now she also shows she doesn’t lack the inner strength either.

‘Pride of Sacrifice’ is already available on Amel D website www.ameldmusic.com, and will be available on all the major digital platforms from March 2020. The song is accompanied by an official black and white animated lyric video, already available on Youtube [here], which in the first hours of its publication has already totaled more than thousands views. 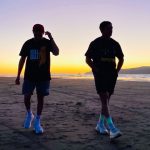 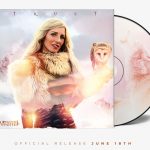