Self-taught producer Le-LØ says that connecting with his audience and engagement is his top priority, and that he is always willing to respond to any fans that reach out to him. So what genre does Le-LØ produce? Hip-Hop? Ambient? Drumstep? House? Trap? To be honest, there is a real mix of all these genres and more. While he is hard to lockdown into one genre, there is still plenty of elements that defines his sound. Differentiating himself from competitors in an industry increasingly saturated with self-produced electronic music. Le-LØ embraces ear-pleasing sounds and integrates them into balanced, and sometimes surreal soundscapes.

His considered use of the percussive pallet contributes to his distinctive sound. It seems Le-LØ instinctively knows when to drop a tightly quantized high hat, a rolling bass kick, a shuffling off-kilter snare, and when to use them all together. It is often the creative percussive elements and the spaces in-between them that gives so many of Le-LØ’s tracks that distinctive haunting quality.

But more than anything, it is the strong keyboard variations running throughout his songs that ties it all together. It is the consistent use of warm shimmering keys, to the recurring airy pads that create an engaging feel to his music which gets under your skin. His ability to twist and shape these sounds up and down to create a unifying sonic palette that is both playful and lingering.

Tracks like “Orbit Me”, “Above Zenith”, and ultimately “Leaving Zenith”, have remarkably confident soundscapes from an artist who is carving out his own sound and bringing people along for the ride. With songs as impressive as these, this eclectic producer will surely be a hot commodity and someone to watch out for on his way to the top. 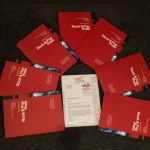