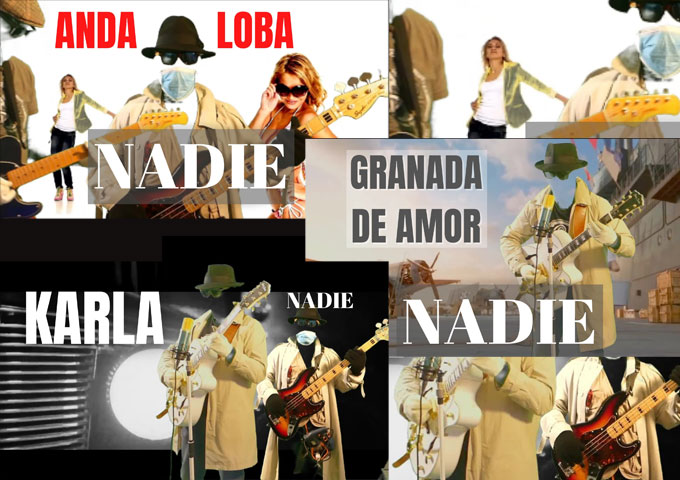 NADIE is a Spanish band that has been active since the 80s and continues to have fun like the first day they started out. The idea of NADIE is to have fun making music, mixing rock and roll, pop and swing, and doing everything possible so that the people around them catch the rhythm of their songs, which speak of love and heartbreak.

NADIE like to write ironic lyrics about human relationships outside of politics, to try and de-dramatize life and make it more exciting and fun. The most important thing for them is that people enjoy their concerts and that any man or woman with a broken heart finds inspiration in one of their songs to get up and move on. NADIE’s favorite motto is: “May the force and rock and roll be with you and your heart.”

NADIE is currently promoting the videos to 3 of their new songs “Granada de Amor”, “Karla” and “Anda Loba”.