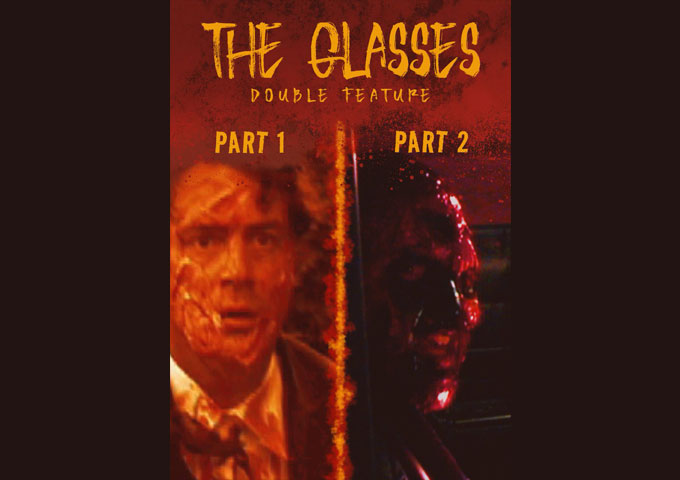 NEW YORK, NY, UNITED STATES – In this age where Netflix, Amazon Prime, and other streaming services are taking over the market, owning a DVD has become even more important. You can think of it as a collector’s item. A DVD doesn’t just contain the movie itself, but it also has special features that can’t be rivaled by streaming services. And that’s why you should get the DVD The Glasses Part 1 & Part 2 (Double Feature) movie.

The Glasses Part 1:
It’s a super captivating movie and one you should definitely watch, especially if you’re into suspense. The video starts with a pair of glasses moving around the screen and the next scene cuts into a woman who is busy fixing her makeup.

She’s so engrossed by what she’s doing that she doesn’t notice a man who comes up to her and demands some money to eat. This man appears to be homeless. He’s dressed extremely shabbily and looks very dirty. He also appears to be hurt because he’s limping and seems to be in pain.

After being shot down by the woman as she runs away from the man in disgust, he notices that she has left behind a pair of sunglasses on the table. He tries to hurry after the woman but sees that she’s already disappeared, he puts them back and walks away.

This is where the story gets interesting. A man walking by picks up these sunglasses and puts them on while bragging to his friend about how expensive they are. What he doesn’t realize is that these sunglasses are probably one of the most powerful and dangerous objects that he will possess and that it’s just better to get rid of them.
The movie progresses and becomes even more chilling. We won’t delve into details because we want you to see it for yourself. However, it’s safe to say that you’re sure to enjoy it. The movie is spot on and it will toy with your senses. It got such a popular reception that there’s also a part 2 you should definitely watch.

The Glasses Part 2:
Part 2 is even more enticing. It starts with a dirty—possibly homeless—a man who is eating a banana from his cart. He is parked in an alleyway and is currently eating his banana completely unaware of what’s going on around him. At this time, the sound playing is suspenseful and kind of catchy. The homeless guy is so engaged with his banana that he doesn’t seem to notice a man come up to him on his bicycle. The two then begin squabbling over some money the homeless guy owes him.

In an attempt to get his money back, the man on the bicycle steals the only valuable possession the man has—his glasses. Despite repeated warnings by the homeless man not to use the glasses, he takes them and drives off with them.

The movie becomes even more interesting as it progresses. Viewers are shown exactly what happens when the main character puts on the glasses. He sees through everything—including the future. For instance, he crashes into a taxi that is taking a couple to the hospital. The woman is just about to have her first child and when the main character peers through the window, he is in for a shock. That’s because he sees the baby moving around inside his mother’s belly just wanting to come out.

The glasses also produce a comical effect, especially when the wearer confronts some thugs. At some points, you’ll be laughing because of how the plot unfolds. The movie also takes a gruesome turn. We won’t spoil it for you, but the glasses do exchange hands and each wearer becomes more fascinated with the pair, not realizing that they are doomed.

The DVD Version:
Now, instead of going through YouTube videos, where you won’t find the best print, you can easily purchase this DVD at affordable prices. It’s something you should purchase and hold on to—because it will become invaluable—thanks to the plot and the execution of the movie.

The DVD version is high-definition, which means you can enjoy the movies in a nice print and see it clearly. The photography is on point and so are the actors. They’re in tune with the storyline and make it come alive.

You should watch the special features as well. They make the whole viewing experience so much better. You can also view movie trailers. You can also go back and watch the movie, which typically doesn’t happen when you’re in a cinema.
The DVD is just being released and you should definitely add it to your collection. Although the sound effects of the movie are on point, in the DVD version, things are even clearer. It’s like being in a cinema. The special audio features of the movie will continue to pull you in. You also have the convenience of playing it wherever you want.
Trust us; we’ve seen the DVD and what it has to offer. It’s no comparison to the YouTube video—everything is just so much better. You won’t know what you’re missing out on until you buy the DVD and see for yourself. It’s worth every single penny and you’ll have a viewing experience that cannot be rivaled by a cinema.

SO feel free to check it out and see for yourself. The plot, the acting, the storyline, special effects, and the photography is completely worth it. They come together to give you something unique and special.

The Glasses Part 1 & Part 2 (Double Feature) will also be available as a VoD (Video on-Demand), through various VoD partners