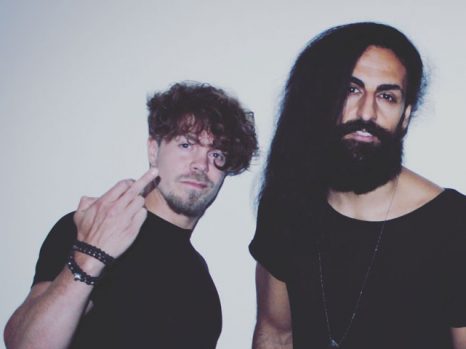 Mind Over Matter – “Human” is near perfect in execution and direction

Three years ago, and after 100 concerts and international attention, Peter Scherfig (guitarist) and Armin Kavousi (lead singer) parted ways with the project SuitsBLVD to create what now is Mind Over Matter. Three years in the studio, collaborating with new producers and talented musicians – both in Denmark and in England – has resulted in their cinematic nu-rock / metal album entitled “Human”.  The band is planning a sonic revolution: “The purpose of the music is to spread a message of collective consciousness and ‘Mind over Matter’ to the next generation. The message is to deal with old norms and 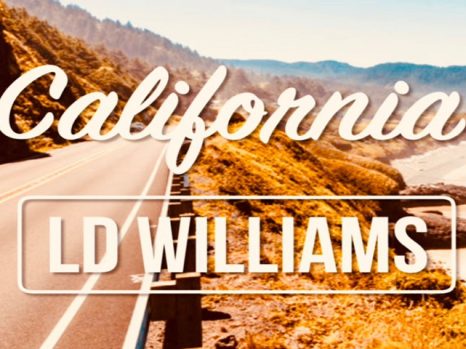 LD Williams is one of those authentic modern day troubadours. The London based artist writes all his own Indie Pop & Soul songs, and records them at home on an iPhone. Influenced by music from the 60’s through to the 90’s with a Britpop flavor, the singer-songwriter is fresh on the block and building his catalog.  Williams’ music doesn’t possess the immediacy that one would expect from the usual pop fodder. Take his double-sided single “California”, which consists of the songs, “California” & “I’ll Promise You This”. The bedroom production is understated; the core guitar riffs, a fluttery, jangly thing; 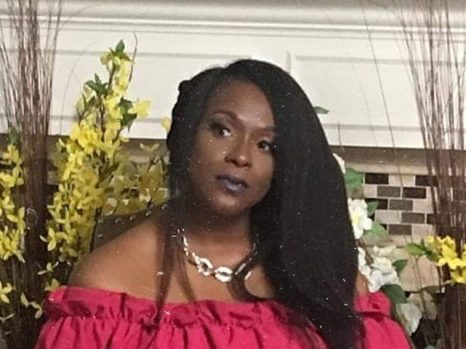 Let’s start by saying that Lady Bain is a true songstress with deep expression and a vocal range that is out of this world. She is unlikely ever to be pigeonholed with the seemingly never-ending mother-lode of cloned pop R&B singers, but has instead carved a veritable niche in slick, adult, soul grooves. Adult, not in the sense of being rude about sex, but adult in the sense of sounding worldly wise and experienced about relationships, hardships and love. Lady Bain relies on solid song-craft and musical arranging that allows her voice, never overstated, room to breathe. Her confidence is 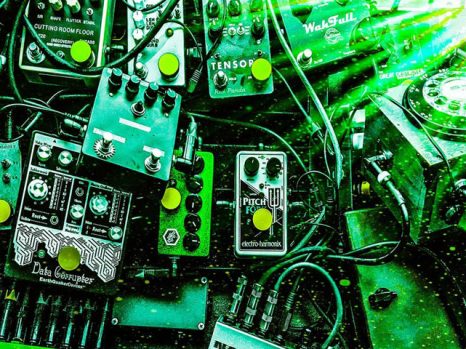 The band Emerald Suspension recently debated about the best guitar solo in the world. That discussion ignited a plan to create a single to be titled ‘Eruption’. Inspired by the Eddie Van Halen guitar solo of the same name, there is no mistaking the two. In the meantime, other tracks came together, with and without guitars. So now the release is ‘Eruptions’, an EP with six nifty tracks. ‘Eruptions’ features an unconventional mix of guitar, percussion, vocals, samples, noise, effects, and DIY instruments. The unique works range from noise to alt-rock to an orchestral ballad (of sorts). ‘Eruptions’ with different 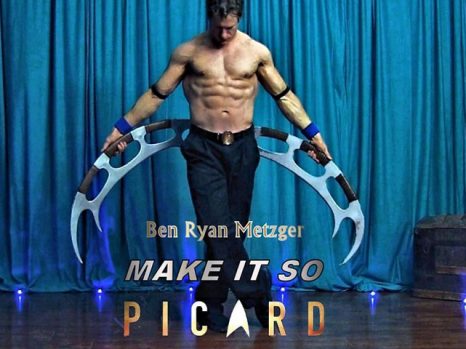 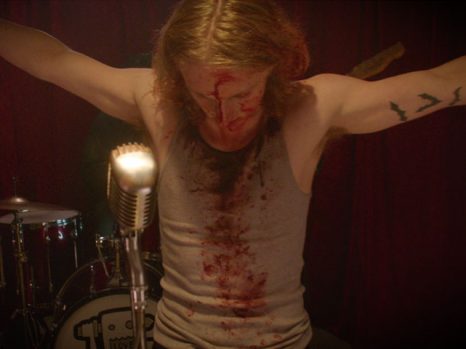 L.A. based rock band Love Ghost, are back with a brand new single entitled “Dead Brother” (release date January 24th). The accompanying music video (which was shot by Rob Zombie’s camera operator Hassan Abdul-Wahid, and directed by acclaimed horror actor Jeff Daniel Phillips) has already won Best Music Video awards at 3 international film festivals. Dark. Theatrical. Ambitious. These are the words that immediately come to mind when describing Love Ghost’s newest release, and they’re the words that make it so unique in their discography. “Dead Brother” takes the quintet’s tried-and-true sound and offers a more complex and DARKER take 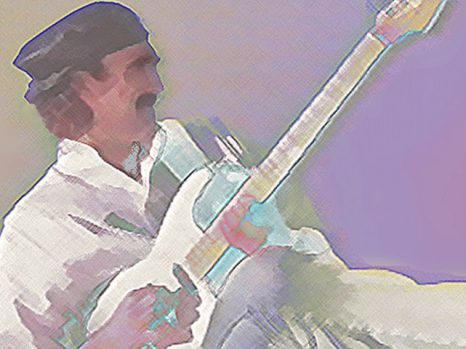 Now recording his 3rd solo release, “Not You & Me” is the first single from the upcoming 2020 album by Bruce Engler. If you’re looking for good music, then look no further. This track has all the things you want to hear that you don’t get much nowadays in the pop-rock market. Melody, harmony, conscious lyrics, and captivating vocals. Engler also stretches his chunky and atmospheric guitar textures and branches out into snippets of adventurous lead playing. Used to so much shallow infantile-styled recordings of late, I was unprepared for the extremely personal and moving adult orientated material contained within 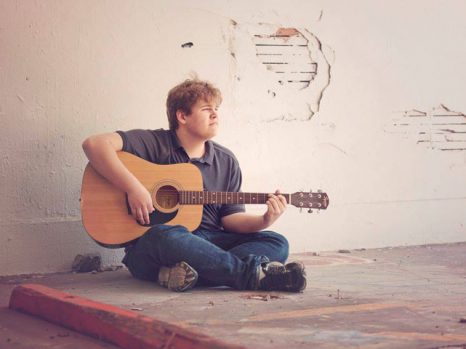 Northwest-based artist, rapper, and musician, C0MBINE, formerly known as Lone Seeker 777, started out his creative career in 2014 writing the song “I’ll Never Forget” in a junior talent show. He has since built upon that initial foray, raising the bar on each subsequent release – the single “K1ck It”, then the album “Rise”, followed by “Christian Girl” in 2018. The fruit of his endeavors though, started to truly come to the fore with the release of his double-sided single “Duetz” in November 2019, which was positively received by fans and critics alike. Beautiful instrumentals and thought provoking lyrics drive 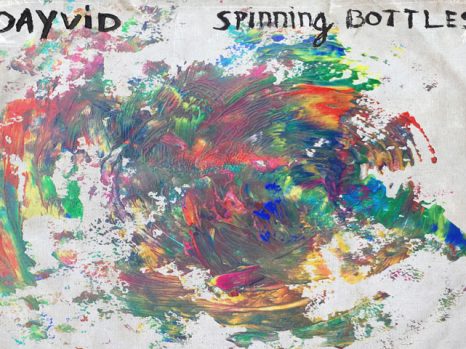 “Spinning Bottles,” produced by Grammy-Nominated producer Morgan Taylor Reid, is a follow up to DAYVID’s popular single, “Wasted Luv,” from his self-titled EP that was released in October 2019. “Spinning Bottles” is the first single from a forthcoming album scheduled for release late this year. DAVYID’s last single, “Wasted Luv,” was praised by critics and listeners around the world. Upon its release in September 2019, the single became #4 on All Access Music Top 40/Mainstream Cool Music Chart and has enjoyed Top 40 radio play in major markets across the US, as well as Sirius XM.  DAYVID was also recently 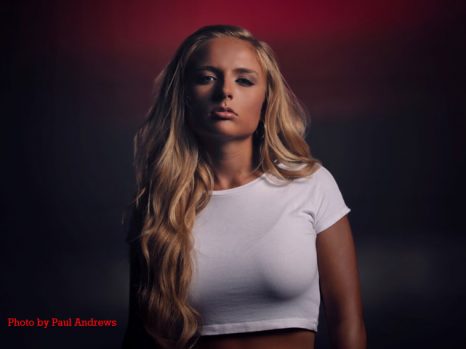 Home
Reviews
The Static Dynamic: “Late Season” takes you soaring over sonic soundscapes that you will never forget 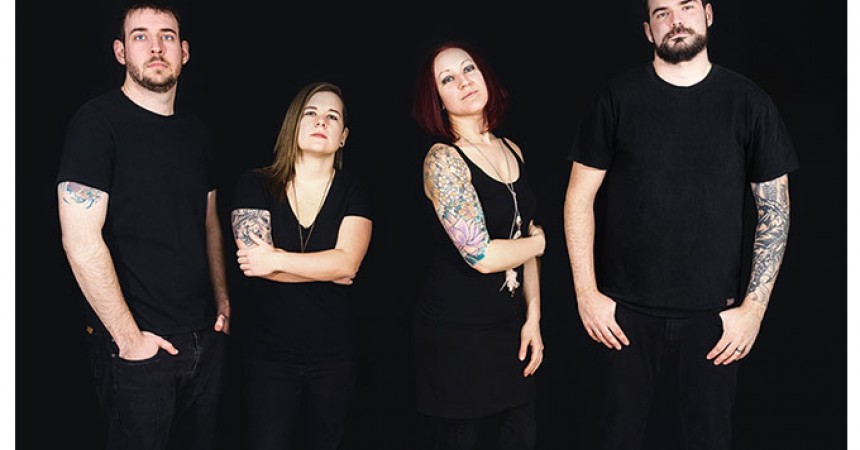 The Static Dynamic is Jess Collins – (Vocals/Keys), Steph Curran – (Guitar/Programming), Mark Avery – (Bass) and Kyle Burkert – (Drums). Originally formed in 2007 by Jess (Petty Morals/Mellow Bravo), and Steph (Marianas/Goddess of My Religion), they released a record, performed regionally and then took a hiatus. Fast forward to 2013, a new incarnation of The Static Dynamic was born and work on new material began. The band’s first single “Relentless” made its debut in the fall of 2014 and was followed up by the single, “Spotlight”, released in the spring of 2015. The Static Dynamic has just released their first EP titled “Late Season” which was recorded by Sean McLaughlin, and produced by McLaughlin together with Steph Curran and mixed by Nick Zampiello at New Alliance East. The Static Dynamic are another band where it’s hard to pinpoint just exactly what it is that makes them sound different or special, but that something is most definitely there. Sure it’s marginally metallic; it’s most definitely post rock. It’s big and brooding, dark and slightly melancholy, the guitar sounds are thick, the keyboards rolling and sprawling, the drums powerful and propulsive, and the vocals emotional and soaring, but each one of those parts is transformed by the way they are assembled – the arrangements and the songwriting, imbue each of those elements with extra emotion, extra power – which makes the heavy parts that much more impacting, the ambient parts that much more spacey and drifty, and the gloomy parts that much darker.

The Static Dynamic has created a truly epic 3-song post-rock experience with “Late Season”. It’ll take you soaring over a sonic soundscape that you will never forget. And even after you have been impressed by the instrumentals and vocals on “Magnetic Tides”, “Sunrise” and “Blue Sky”, you will discover that the atmosphere in all of these songs is absolutely unmatched by any other band on earth. Every track has its own compelling melodic buildup, emotional climax and sense of restrained urgency. Every second gives you something to explore, and having listened to these songs under a variety of different circumstances they afford new pleasures each time. Yet underneath all of this sometimes beautiful, sometimes thundering, musical substance, lies a distinct alt-pop sensibility. This could possibly be attributed to the ear-satisfying chord progressions, the intoxicating piano sounds and the catchy vocal choruses. The three songs on this EP are without a doubt some of the best songwriting I’ve heard, balancing substance with catchy, it has the perfect flow and fit, setting the emotional stage for the gorgeous melodies so powerfully sung.

The songs start strong and hook you hard and fast. On “Late Season” this band gets a lot done in a short time. The songs on here evoke a lot of emotions and do so in very nice progressions. I would imagine that The Static Dynamic will find fans in people who like a multitude of different music genres – very solid effort, and very moving music! 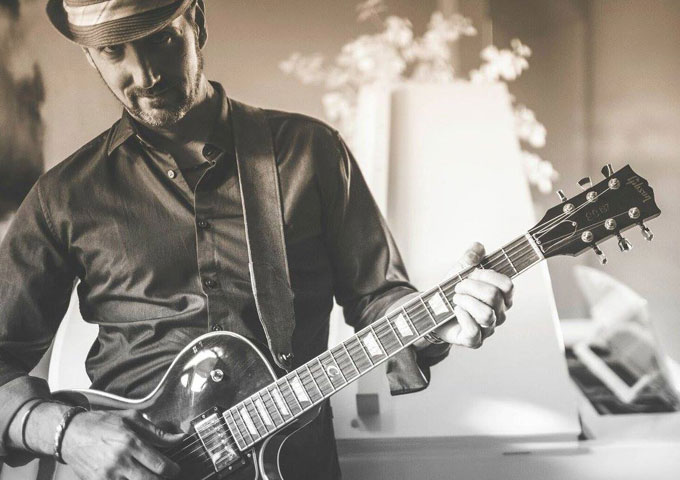 Michael Blu is a seasoned songwriter, vocalist and producer, who …
May 15, 2015
7 min read 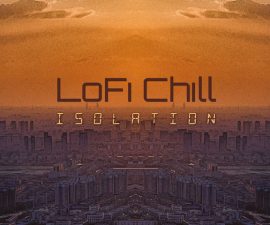