Love Ghost: “Scarlet Letter” – an at once compelling and distressful storyline

The scarlet letter is meant to be a symbol of shame, a stigma someone bears for a misdeed he or she has committed. The term often refers to public shame forced upon a person as a means of ostracizing him or her. Those branded with a scarlet letter feel the punitive vengeance of an unforgiving society. Instead it becomes a powerful symbol of identity, in the latest video of the song, “Scarlet Letter”, taken off the album “Lobotomy” by the Los Angeles alternative rock band, Love Ghost. The video tells the story of the band’s violist, Mya Greene and her misdiagnosis with Autism when she was a child. The song helps to point out the danger and ultimate meaninglessness of society’s system of judgment and punishment in some most cases. The almost 7 minute long video, plays out like a short story and is impactful in its message. Hence it is no surprise that the visual has scooped up a number of awards.

Ellie Siler who plays the part of the narrative’s protagonist, is simply stunning in her role, constantly capturing the viewers’ attention with her communicative body language and distinctive physical attributes. Directed by Michael V Greene, with Photography by Nic Capelle, the video captures the essence of an at once compelling and distressful storyline conveyed by Mya Greene.

You can tell that a lot of thought and care went into putting the right visuals and sound. The work was certainly done by collective artistry and not a bunch of opportunists. And in terms of cultural relevance, this track seems to signal the outfit’s apex so far.

What sets “Scarlet Letter” apart from the rest of Love Ghost’s catalog is the way in which the song so succinctly realizes its overarching theme while managing to still remain an accessible listening experience for many.  There are arguably heavier songs and catchier ones in the band’s collection of tracks, but it’s hard to find a more potent artistic and social statement than that of “Scarlet Letter”.

The track opens with the eloquently jarring lines: “In a chamber the stigma glowed / A warm December day it was bestowed / The scarlet letter for all to know / How the shame could grow” – quickly laying down the narrative’s afflicting outline.

“Scarlet Letter” is more than just another music video or song, able to be thought of as something that an artist turned up to record, took to the producer to mix, and then released. It’s a statement.

It’s hard to really think of a more fitting opening for the recording than the sound of a steady beating drum and a wavering viola playing as a backdrop to Finn Bell’s poignantly rasping voice. There’s something viscerally fascinating about this song as it takes the listener on a journey through a merciless persecution, with all the metaphors for a cruel society present in its story.

The track as a whole is imbued with such a sense of otherworldly stupor and menace that at times it seems as if Finn Bell (Vocals, keys, guitar), Mya Greene (Viola), Ryan Stevens (Bass) and Samson Young (Drums), are close to a grand implosion – such is the power of the taught emotions running through their performances.

The imagery created, the way that the music backs it up: it’s impressively impactful, and that’s the only way to describe it. But, more importantly, it’s real. I think everyone can identify with “Scarlet Letter” on some level. While young in age (two of them are juniors in high school), these musicians have developed a mature grunge- tinged alternative rock sound.

Love Ghost released their first full-length album “Lobotomy” on June 17th. The album was produced by Eric Lilivois and was recorded at London Bridge Studios in Seattle & NRG Studios in Los Angeles. 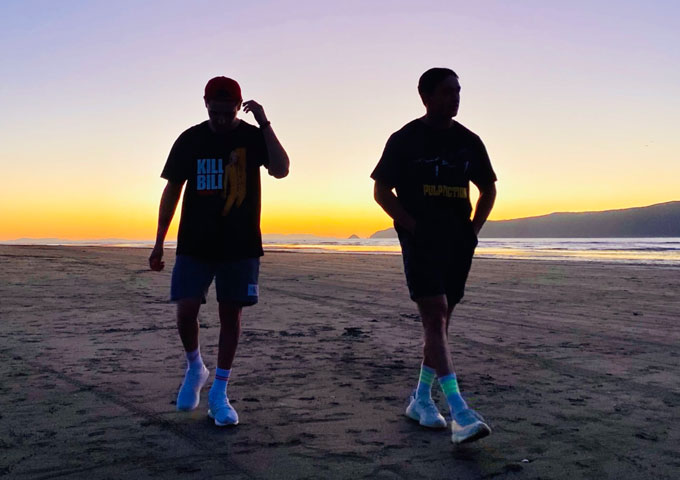