Even in the forward-thinking world of rock and metal it can be hard to pitch someone an instrumental band. Yet the France-based instrumental metal act, Jevil Project is able to take guitar-driven instrumental metal and keep it interesting, even after many releases. The 2021 EP “Seasons”, showcases an artist that has grown musically. The pace has been picked up from previous releases, and the songs are as triumphant as ever. The guitar seems to possess a raw power and feel. It sounds as if it is being played live on these tracks, and you’re watching the performances unfold. I feel this adds strength to the EP, as the guitar, along with the crushing and thundering drums, is often the driving force on most songs. It’s rougher sound ties in and complements all the remaining parts of the 3 songs which make up the recording.

The result is another remarkably consistent project with the type of skilled, bulldozing, and explosive guitar work that Jevil Project has always been known for. The EP opens appropriately with the drum and guitar work on the track “Hypnagogia”. Jevil Project’s rumbling guitar riffs makes for an up-front and resonating tone that stands out, while the banging rhythm section is completely in synch.

In just under two minutes, there are deafening flurries of roaring guitar chords and percussive hits that set the EP’s initial tone and momentum, leading us into the aggressive growl of “Erebos”. The song employs alternating breaks between frantic metal phrases and drum interludes, making for one of the EP’s more unique and diverse songs. Here Jevil Project introduces a dominant melodic guitar line.

“Erebos” showcases the Jevil Project’s talent for writing a good melody and somehow fitting it in with all the madness surrounding it. It is an inviting arrangement that demands your attention from the first guitar sweep. That Jevil Project can make an instrumental EP every bit as musically engrossing and melodically enchanting as one with vocals is the true genius of this act.

The average fan can usually appreciate an instrumental metal album or EP for the moods created and the musical chops on display. It is with infrequency though that such a recording is also adored for its catchy songwriting. Somehow Jevil Project, pulls off this accolade too. On “Supercynic”, the artist takes the combination of heaviness and catchiness to its apex. The guitar playing is melodic and rapturous while the rhythm remains insistent and dynamic.

All throughout this EP, Jevil Project’s adventurous metal sound presents a set of journeys that never meander without end, or travel distances far removed from the central core of the song. That is much easier said than done in instrumental music, where bands tend to doodle in long drawn-out compositions. Instead Jevil Project stay tight and concise, with tracks that never reach the three minute mark.

The Jevil Project don’t interpret instrumental music, in the same way as many of the so called metal messiahs. Jevil Project gives the genre a measure of concision and song-based focus that is often missing from recordings of this sort. As such, the potential for broader appeal is much greater. The only prerogative is that you have no fear of playing your music loud…very loud! 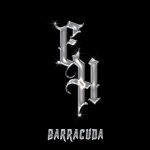