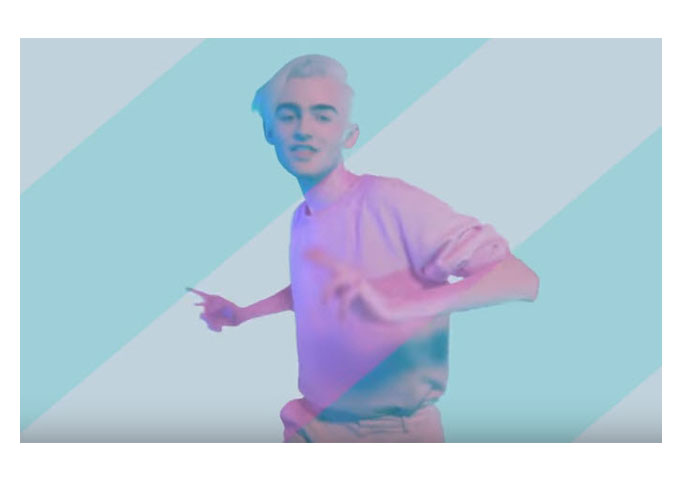 Even while everything I know about my musical taste should violently reject the cheese-camp synth pop and adorable mainstream swoon songs of the 80’s, I’ve enjoyed that music ever since I was first tricked into listening to the smooth, velvety crooning of the Brit pop chart invasion during that period. I can’t really explain why I loved that music so much, I guess for the same reason people eat cheesecake: It’s loaded with sugar, almost unbearably sweet, and probably isn’t the healthiest for you, but goddamn if it doesn’t make you feel so good inside when you eat it up. So what happens when somebody new comes along and places a slice of that delicious homemade cheesecake – that you’ve missed for so long – on your platter? Callum Crighton is a bright young artist from Liverpool, in the UK, ready to shine on the music radar with his dreamy, 80’s pop influenced single, “The Rose”. The song was written, performed and produced by Callum, while his first industry standard video, in support of the track, was directed by Spencer Cammayo.

The soulful English crooner, with the bouffant-styled platinum hairdo has all the makings – both in fashion and song – for bringing back an authentic whiff of what made 80’s Dream Pop so endearing to the world at large.

Callum Crighton has a big, powerful voice which he uses with skillful ease on a strong ear-catching melody.  It’s also impossible not to warm up to the synth-driven soundscape, which is fun, modern and surprisingly as smooth as the vocals it carries.

From its dance pop sensibilities to its introspective lyrics, “The Rose”, in fact, has that one trait running through its entirety- though upbeat, it is ‘smooth’, and designed to seduce the senses much like whipped cream does.

For those pop music fans a bit tried and tested by the over melodramatics of the Ed Sheeran’s or Sam Smith’s of this world, can find solace on the other side of the same coin, with the airy frothiness of Callum Crighton’s performance, at least in the voice and music, as the lyrics seem to want to dig a little deeper into the soul and conscious mind.

Now, whenever you need an 80’s-type jam, you don’t need to go back to your scratchy old vinyl records, you can just press play on your flashy digital player and get brand new, 21st Century, cutting edge dreamy-pop, care of Callum Crighton and “The Rose”.