Home
Releases
Groove State: “Light Up The Sky” holds a lot of weight

Groove State have dropped their 4 track EP, entitled “Light Up The Sky”, with the intent of building their continuing momentum. This EP sees the duo at their most accessible. It is an undeniably infectious, consistent addition to the Groove State discography.

Excitingly, it seems like they have totally broken through into a more mainstream audience with this latest release which one can only hope means more people clamoring for originality and authenticity in Pop and EDM music. This recording is groovy, it’s lyrical, it’s catchy, it’s emotional, its danceable. I could go on with a list of adjectives, but I think you get the point. It holds a lot of weight.

After listening to Groove State a couple of times, other Pop and EDM music sounds cookie cutter simple. The melodies are addictively beautiful, atypical and challenging. The duo seems willing to take risks with every aspect of their creative endeavors and end up with music that is both captivating, and deep.

Most of “Light Up The Sky” comes in an uplifting animated vein, meant to be played out loud; to experience something like “A Million Stars” anything but out in the open, with lots of people, would be a crime. Its anthemic build is meant soar above a stadium of voices.

The fast paced title track, “Light Up The Sky” is both brilliant and frenzied in its lightheaded and lighthearted peppiness, manically trilling: “I feel it coming, I feel it in the air, taking me higher…higher.” No amount of familiarity with Groove State’s release-to-release progression fully prepares the listener for a sound so effortlessly stunning, an achievement so assured, as this EP.

The contrast between the words which are being sung and the fabulous, synth-strewn, pulsing, riff-heavy music, and Lisjana’s gorgeously-delivered vocals is dramatic on “Unstoppable”, but somehow never jarring or dissonant.

Bursting with an immediate, throat-grabbing melody and a benchmark groove, the EP closer, “Champion”, exceeds with a brazen catwalk strutting rhythm. It stands as an all-around amplification and expansion of DJ Deep G’s mature musical instincts and consistently terse song structures. The EP, “Light Up The Sky”, defies you to find an ounce of flab: lean and ferocious, uplifting and anthemic, its 4 tracks blow by with the musical force of a battering gale. 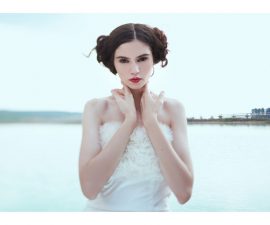