We meet with the Founder of Griffiths Records, Lewis Griffiths, who talks about their next release the unheard tracks by Dub master King Tubby, his entrepreneurial business savvy, music, clothing, and future releases, as well as the general running of the label.

We have a clothing company named Griffiths-Clothing which launched some 3 years back. For me/us clothing and music goes hand in hand, you dress to what music you listen to, it’s a street thing a working class thing to do. With an infinite love of music it was a natural progression to start-up a record label to coincide with the clobber. I also worked at Sanctuary Records who bought out the like of Decca, Trojan Records, Treasure Isle etc, all the music that I bang was in to. Working there for 12 years is now proving invaluable with everyone coming back into the fold. It’s almost like it was meant to be, everything for a reason as they say! Truly blessed.

I would say as a kid a staple diet of Motown, Stax and any kind of soul in general was played by our mum at home. My old man would play anything from Ska, Blue Beat, Reggae, Stones, Small Faces and Blues. Most weekends where spent partying with my parents friends to proper music. Unbeknown as a child but the music becomes part of your make-up and identity when you grow up. It’s most certainly never left me.

Bizarrely or maybe not a lot of King Tubby. Haha.

To be honest I would rather not say, purely for the fact there is a chance of getting our hands on some New Orleans Funk from the same source all of which is right up our street and fits in perfectly with what we do. We’ll take one step at a time.

No, we have a number unheard tracks by Bob Marley, Jackie Mittoo, King Stitt, Augustus Pablo, as well as further King Tubby tracks, plus other artists. All of which needs going through with a fine tooth comb with the artists estates. I still have to pinch myself with what we have on our hands. From listening to all these artists from an early age to releasing them is madness in its finest form. Having a love of early Jamaican music I count ourselves very lucky indeed.

We won’t be releasing any tracks until we are sure we can do them justice. The King Tubby first release is almost there. The tracks have all been mastered, ICRS codes are in place it is only a case of having them pressed and the sleeve notes added. There is no point in releasing for the sake of releasing to make a quick buck and then fuckin it all up. It’s disrespectful to the artist.

If we release say four albums per year, we have more than enough to release for the next 5 years.

Yes, it is at www.griffiths-records.com

Terry Shaughnessy’s ‘Volcano’. We released Terry’s LP ‘Songs From Another Life’. The first track off the album for release was ‘Volcano’. It went on to chart in the top 10 of iTunes, top 60 of the national charts, #1 in the industry recognised Hype Charts above no other than Damon Albarn who was in at #2, charted in Germany, Italy, France, Japan etc. A lot of hard graft went into the release by ourselves, Terry and his switched on manager Chris. It was satisfying to see the final results.

No, we work with whoever fits the bill at any given time. I think too much of the same can cause yourself to become stagnant. It is and always will be about pushing the boundaries whoever we work with. Where are also happy to be led by the artist to a certain degree. At the end of the day we are not the ones with our name on the album, it’s all about the artist and moving forward. Saying that if it sounds shit, we won’t be part of it

None at all. I wouldn’t have anyone telling me how we should run the business side, so we are in no position to be telling artists what to do. At the end of the day you treat people how you want to be treated yourself. If you are being fucked, everyone ends up getting fucked. Simple!

In life? Nothing at all. I feel completely blessed with what I have as well as the good people that surround us. We are all of a similar mind set. At the end of the day if those we work with didn’t believe in us we would be in the position we are in now, it is down to them. No matter what life situation I have been in (some have been extremely shit when I was younger. A wrong’n by my own standards and all brought on by my own accord) there is someone out there in a far worse situation than me. That is the long and short of it, someone out there is suffering a lot worse than any situation I have been in, I have no reason to complain whatsoever, never will. On a music vibe, I suppose it was trying to convince others what you have to offer as a label is mustard. Then you get to stage where you think, no actually, fuck them, it’s only there opinion at the end of the day and it counts for nothing. Maybe it is me but I don’t think we are liked much to be honest, I prefer that in a way. There seems to be a mentality, especially in the UK where people like to see you fail, I really don’t understand it? Then you get to the stage we are getting to and all of a sudden, they all know you and want to be your best mate. It’s all too fuckin late when that happens as far as I am concerned. We will always do what suits us and those around us, we won’t follow any rules and up until now that mentality has served us well.

None, there never will be. I am not hung up on accolades; we are just doing what we do. If we get plaudits, nice, we’ll take those as a compliment. However that does not mean we will rest on our laurels.

The only way we would have been successful or not is how we are remembered. We are not driven by coin or having the biggest house or keeping up with the Jones’. It’s all about leaving a body of work behind which is cemented in history and that will be our legacy. If we are successful we will be spoken about in years to come, if not, we failed.

What excites us? I couldn’t think of one aspect of doing anything at all if it does not excite you. It’s the same as a relationship, if you no longer feel anything for a person it has to end. It is the same as doing what we do, whilst it still fuels the fire it can never be boring, every day is blessed and exciting. Life is for living, its short, don’t go through life with what ifs. On the discouraging front, there is nothing, I can’t think of a single reason where anyone’s opinion or a kick in the teeth has questioned what we do. At the end of the day there will always be knock backs in every walk of life, of course there will, it’s the way you deal with them that matters.

It’s escapism. I rarely watch tele, music is played 24/7. Like a piss head escapes from reality with booze, I’ll get mine through music. It can change my mood, subdue the pressures in life, or take me off to another dimension.

I’ll be travelling coast to coast watching sunrise and sunsets, living off the fat of the land out of the back of a van. 110% that’s what I’ll be doing regardless of what happens, albeit I’m sure I’ll be still grafting in some way, shape or form. At the moment we are treading on the coat tails of everyone who has got complacent and fallen out of reality. They can either accept we are gunning for them or move to the side before they’re steam rolled over. That’s not arrogance talking; it’s a matter of fact and confidence. With fact and confidence combined it creates a beautiful thing. We are different to anything currently out there. We say what we’re going to do and follow it through, 99% of the time. We have parted ways with bands and projects in the past. Would I say that was any fault of our own, no I wouldn’t. We’ll back whoever we are working with but once were crossed it’s done. When it’s spent, it’s spent, there no point in going back. 10 years from now we will be a force to be reckoned with.

I don’t think an artist is getting a fair crack of the whip with any of those. You ask any independent artist who has put blood, sweat and tears in to an LP which costs in the region of £30k to produce why they think getting 99c per track sold on iTunes in return is cool. It is farcical in my eyes, all that needs to change, I don’t know how but it does. The above have had the monopoly on it all for far too long.

Mouths to feed, bills to pay, people to look after, proving the doubters wrong. Much the same as anyone.

We have a new clothing range to release, 5 more books, 2 films and a rake of music to get on with. Believe in it, believe in yourself, work hard and it is a given it will happen. 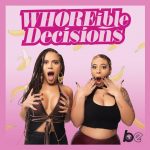