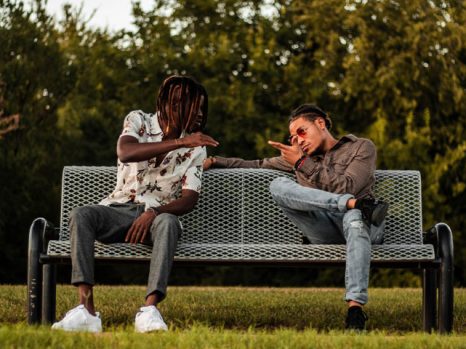 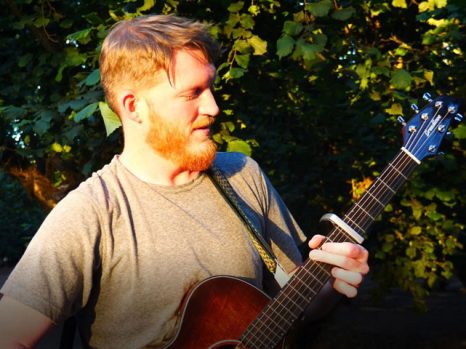 DJs speak with their hands. Producers who can’t use words, express themselves through sound. On the other hand, it’s almost true that in the electronic music realm, the weight of the music can render words secondary. That’s not to say that producers aren’t using their voices…it’s rare but quite possible. Some producers over a number of electronic genres have stepped up to the mic to express themselves vocally, others engage the perfect voices to execute the needed emotion. Once such creative is Enzo, a self-taught musical artist from Boston, Massachusetts. His work as a producer and DJ has led to an ever-evolving musical style. Inspired by the music of Avicii, Enzo began to pursue electronic music for himself. A follow up to his EP ‘The Golden Lining’, his latest release ‘Light Me Up’ is an electronic pop track with chill vibes.

Enzo, with the aid of his selected, featured vocalist, forging a melodically pronounced voice and sound, inundates us into a trance throughout this track. Hypnotic, with chill pop driven hooks, Enzo delivers lushly layered minimalism with an astute ear in knowing what to put in the mix and what to leave out.

Everything: from the spare, shimmering softness of the keyboards, to the earnest, crystalline vocals, to the impeccable production, make his latest effort a particularly special and poignant one. For an EDM or dance track, this is absolutely sublime listening with decent headphones.

The warm splashes of synth break through the building rattle of a mid-tempo dance beat, as the airy, ethereal voice steadily soars above the musical arrangement. ‘Light Me Up’ is a welcome reminder that love can still offer genuine refuge from the increasingly apocalyptic times we live in.

This warm, passion-filled aura is allowed to expand and occupy the entire track, as the gloriously soothing vocals echo and resolve the sonic sky around it. Enzo’s cutting edge production, allows the voice evaporate and appear, in a haze of harmony, alongside the instrumental, as the song gradually reveals itself—sonically, lyrically, and emotionally.

‘Light Me Up’ is a track that steps out of the cloistered space of its genre, and into the world around it. A little pop seeps into the chilled electronic soul and dance motifs, as Enzo continues to let his innermost thoughts out, the distance between listener and artist becoming smaller, resulting in a song that feels engagingly light and personal.

The vocals are airy, celestial and undulating, never failing to translate the emotion intended. Far from being a fist-pumping EDM anthem to simply jump around to, Enzo has created a song that will uplift and empower the spirit.

The production is immaculate, and if you want to know how EDM music could sound right now, stream or download ‘Light Me Up’, and relish one of the most open, positive and innovative, producers, forging his own interesting path.

Gisele Anthony is a vocalist, songwriter and storyteller. She is …
July 25, 2013
6 min read