I think I expected this music to be sterile and methodical. However, to my surprise, Cyrus R.O.’s new single “Bones” from his upcoming debut album “Deconvolution” is blazingly irradiated like bundle of energy that expertly marries the organic and synthetic. Underneath it all, a darker lyrical narrative dealing with “a character struggling with their gender identity, and the fear of social turmoil that comes with that.” Everything just grooves so well together; it’s a blend of sounds that I haven’t heard done this well from any progressive, jazz, or electronic artist in quite some time. It’s a masterful melding of electronic machinery with a convincing human touch and soul.

Originally leader of the band Cyrus R.O. Quartet which folded due to changing personal and professional circumstances, the Halifax, NS, Canada based artist decided to embark on a solo career, infusing his music with wide variety of influences.

What emerges from “Bones”, is a wonderfully pleasant surprise. This said, it’s still a skillfully crafted song. Its chunky disorienting overdriven guitar riffs along with the shifting synths and rhythmical patterns in the background make this both a comfortable, yet challenging listen as sings:

“I know happiness is a state of mind but your state ain’t a friend of mine. And it’s strange how the inner peace we find depends on whether love is blind. And I can’t trust nobody because noone’s quite like me. And when this time bomb finally goes off, will we ever clear up all of the debris?”

It takes a while to adjust to the ingenuity of the arrangement, which keeps changing every second, and allows almost no room to breathe, as every level of pitch appears occupied with some sort of fascinating flourish or unexpected cross-rhythm.

In the midst Cyrus R.O.’s vocal melody gently searches and soars, exploring the chord progressions and shifting dynamics of the song. The Canadian artist juxtaposes his sweetly controlled voice with hauntingly personal lyrics and a creatively unpredictable musical approach.

Cyrus R.O. is one of those musicians that grab you from the first note and never let’s go. Never having heard this artist before, you are instantly drawn in by the rich music and lyrics that are stand-alone poetry. His voice is magnetic, the song is catchy and complex all at once – truly innovative songwriting, but never arrogant, pretentious or contrived.

Awash with swirling synths and an electro rhythm backdrop, “Bones” is over all too quickly. The song also reflects Cyrus R.O.’s skill at modulating mood. And with this record, he excels at balancing rawness and sincerity with vulnerability and indestructibility.

On a songwriting level, Cyrus R.O. proves to a top-tier songwriter who has outdone himself on “Bones”. The track is full of constructions that are flamboyant, bold, sharp, and generous.

Cyrus R.O. wastes not a single second, every moment is intentional, every instrument employed for a purpose, and every note sung with sincerity. Cyrus R.O. makes music like honesty and creative integrity aren’t things to be afraid of. Cyrus R.O.’s devotion to making music that exists outside of any box, has resulted in a tremendously earnest and endearing record. It’s exactly the right choice for him. 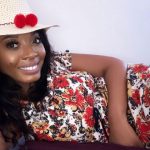 Raiigh is very talented and does a variety of musical things

Raiigh is very talented and does a variety of musical things