Without a doubt “Ah10tion” has got to be S.U.S. (SeveralUniqueSouls) best work. He comes in and shuts it down with no question. From the lyrics and his flow, to the beat, this project is massive. S.U.S. is underrated and probably not well known by non hip-hop heads just yet. This should not be the case. He’s got more talent in his pinky than many of our contemporary so called rap stars have shown in their entire careers. This track represents the art at its finest. It bridges the barriers between the old school, and the genre’s new wave of artists.

S.U.S. (SeveralUniqueSouls) doesn’t pander to trends, as he is clearly unconcerned with anything other than his vision of the truth. He is a unique and refreshing voice able to find the perfect balance between the beat and  his bars, while his musings are consistently intelligent and thoughtful.

Several Unique Souls (S.U.S) is the only way to describe this talented individual. He started in Brooklyn with different Rap/M.C clicks, such as Partners In Poetry (P.I.P), Boogie Man Circus of East Flatbush. S.U.S graduated from Institute Of Audio Research (IAR) with a 4.0 GPA and worked tirelessly to become a great and skilled creative music producer and engineer.

S.U.S has worked with every genre of music such as in-studio crop ranging from the likes of Soulful R&B legend Freddie Jackson, Brooklyn’s own street Hip-Hop legends Smif-N-Wessun (a.k.a. Cocoa Brovaz), engineering for Vivian Green, Taurus Riley, Blackmarket, DirtBag, Getparodox and many more. Along with his production partner Caesar, they had the honor of creating the theme music for the St. Lucian Jazz Music Festival.

S.U.S. has been an M.C. for some time now, although, not exerting his work efforts on the side of himself. With encouragement from his friends & fellow artists D.B, Holy Smokes & Jah Born in the Az We Enter Production Studio S.U.S. was challenged to channel his own Unique Souls.

With the new era of Hip-Hop, one would say S.U.S. is at a disadvantage. Although, in less than six months searching for one of the most inspirational music producers in the game,9th Wonder, S.U.S and his team has put together an eclectic piece of art.

Simply put S.U.S is serving fine wine in this era of a futuristic yet detached core of Hip-Hop music. S.U.S. is able to bring together old school, new school slang in the rhythmic way that allows one to really savor the taste of Hip-Hop.

Connect with S.U.S and his music: WEBSITE – SPOTIFY – APPLE – SOUNDCLOUD 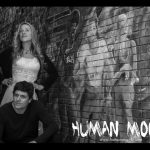