Coming out of North Carolina, and currently in between Savannah and Atlanta, GA, Hustle Game Savage is a Hip-hop and R&B, singer, songwriter and recording artist who started his music career writing poetry in middle school at the age of 12, and writing his first song at 17. His first recording, “Stand Up” created a buzz allowing him to be invited to perform at a showcase hosted by North Carolina radio stations, 99.1 and 104.5. He seemed well on his was to taking his career to the next level, but the streets become a problem and got in the way. It forced Hustle Game Savage on a 7 year run, before being apprehended on returning to North Carolina. Three years of state prison ensued, in which Savage took the time to write over 200 songs. Something he hasn’t stopped doing since. Hustle Game Savage now hits our audio systems with his recently released single, “Stay The Night”, in which he gives us brightly flashing glimpses of his skillset. Savage is among the most refined-sounding R&B musicians in the bombastic modern game, I’ve heard in a while.  He has smooth delivery, and finesse to the ninth degree. The sound is idiomatic, contemporary R&B, geared to the trendy ears of the hip-hop folks.

That said, there are traces of classic throwback elements in, “Stay The Night”. Not least the narrative, which emphasizes the belief in love as an essential element in any romantic partnership.  It’s sleekly produced, with the keys and skittering slow burning beat, being a big selling point, while the singer himself sounds beautiful, both when he sings the mellifluous parts and when he raps the conversational-styled intimacies.

Hustle Game Savage drops a buttery smooth performance matching the backdrop that exudes finesse.  Does the man ever break a sweat? “There’s too much going on baby in your life. You need a night with me and some candlelight,” is the premise which launches the confidential verbiage still to come. Throughout, “Stay The Night” continues to find the singer speaking through his heart and soul, touting the power of a thing that is universally sought by most.

“Stay The Night” bears familiar genre hallmarks: sensual, tender, sparkling, and poetic. But it’s also lyrically biting and musically diverse, tapping a classic style to give it a modern glow. Hustle Game Savage’s also has a tight, keening edge to his voice that makes it distinctive.

Consistently putting out work of this caliber, Savage’s personal saga could eventually become a triumphant tale. An inspirational life turnaround that shouldn’t be underestimated.

“Stay The Night” reeks of impeccable production and genuine affection.  It sees Hustle Game Savage packing in the goodies and layering his own voice over his verses and choruses, making the track feel like a full showcase of his talents.

“Stay The Night” is a profound declaration of love sung with bona fide sincerity that sparks straight-forward openness in his voice. Hustle Game Savage does it with such effectiveness, that it’s worth a listen for all fans of any urban genre. 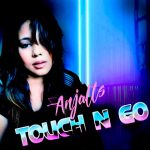 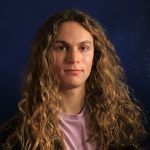