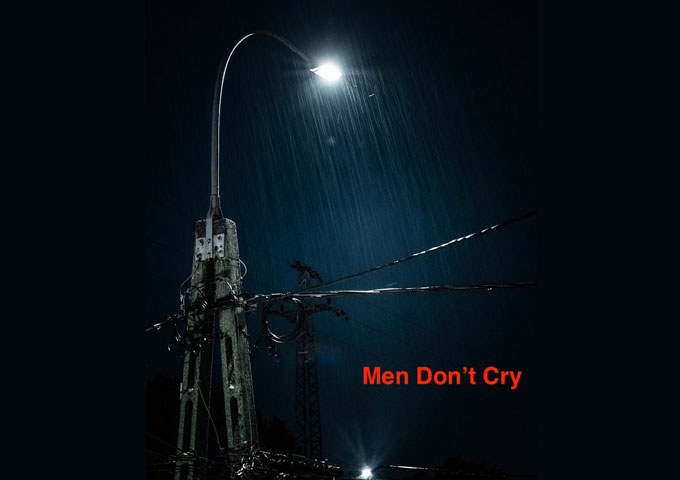 West Ingston was born and raised in Houston, Texas. He makes experimental music that is heavily influenced by hip hop, rap and R&B. He started writing songs in 2019 but recorded his first song in August of this year. Throughout, his single, “Men Don’t Cry”, Ingston’s voice is pure smooth fluidity: it expands, melts and stretches. There’s an acute emotion at the heart of all his subtle vocal tweaks and flighty exploits, which leaves the listener captivated. For some reason whether it be the lyrics or the instrumental, this song will hit you in the sweet spot. It’s tender, sophisticated and profound. Words really can’t describe the essence and vibe this track gives off. Listening to it is the only way you can fully understand and depict the impact of its understated delivery.

“Men Don’t Cry” is a record of somber reflection and introspection. I rarely say songs are perfect, but this song could be as close to perfect as you can imagine. There’s something about West Ingston’s specific vocal delivery and the gentle swaying beat that rings true to the ear.

I’ll describe the sonics as an ambient amalgamation of fluttering hi-hats, murmuring basslines and placid keys. It encapsulates Ingston’s intricate wonder and imagination while also beautifully depicting his artistic talent as an experience to be had. “Men Don’t Cry” isn’t a messy collection of words and music just to put a track out onto the market. Instead, it’s a fully-formed single release, with a vision that’s focused and vividly realized. It’s a down-tempo celebration of getting a track done, that’s worth doing right.

West Ingston’s pulls all his ideas together by injecting them with open-minded honesty, creating a song that investigates the emotional states of the human personality. It is likely to be remembered as a strong document of who Ingston is as an introspective songwriter.

You don’t even need to understand anything to grasp that West Ingston’s hair-raising vocals and the nuanced storytelling are spellbinding; the fact that everything ties together under closer inspection merely sweetens those moments.

In an incredibly short time, Ingston has developed a lightness of touch that means that the power of a song like “Men Don’t Cry” creeps up on you. Even after multiple listens, it will keep holding your attention. With his track, Ingston pushes his lush, languid sound further, and the results are just as stunning.

On “Men Don’t Cry”, the impact isn’t simply in the allusions and wordplay, but in the delivery, which draws you in with a seductive croon that remains both dense and meandering. It is a compelling, stimulating experience that manages to stand apart from the competition.

Vulnerabilities are present, and thoughts are not left to easy clichés, as West Ingston never feels anything less than real and sincere. His incredible ability to paint an eloquent and philosophical narrative in an uncomplicated way shares center-stage with his delivery. The slow-burning fluidity of “Men Don’t Cry” allows for deep immersion, adequately conveying the breadth of its ambition.