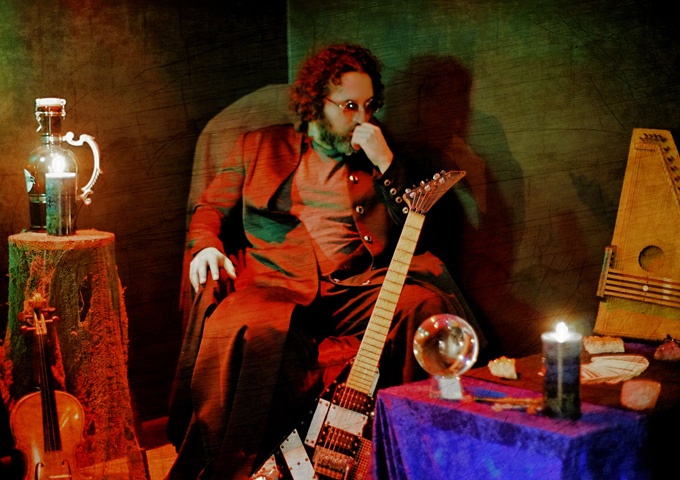 “Continuity Errors”, the third album by the Atlanta, GA multi-instrumentalist, features a generous slice of Herman Martinez’s time, considering the project was 2 years in the making. As you might expect from such a perfectionist, this 12-track release focuses on his more accessible and infectious efforts, and as always, Martinez’s genius only seems to deepen with each release. On this new album, the artist does not shy away from serving up superbly succinct, and shimmering progressive rock songs with subtle psychedelic and indie leanings, combined with richly layered dream-pop-styled choruses. It’s these eclectic blends, that really awaken the soul, and constantly tease the ear.

True stellar musicianship, a masterful production job by Ahmed Mahmoud that balances the sounds, as well as songwriting that matches everything to perfection, demonstrates how Herman Martinez’s has blossomed as a composer to complement his skill as a musician. Moreover, his vision really is beautiful throughout this recording. The harmonies and background vocals are sublime and the explosion when the music kicks in with force is captivating, offering some brilliant progressive moments.

“Continuity Errors” is an album that demands multiple listens. It is layered and complex and proves that Herman Martinez is just on a different playing field when it comes to modern prog-rock music.  He has simply created his own niche. There are no overlong, drawn out instrumental meanderings, instead Martinez opts for songs that cut out before the five-minute mark, except for the final track which surpasses seven minutes, and in doing so, maintains a captivating momentum throughout the album, which contains no excess fat. 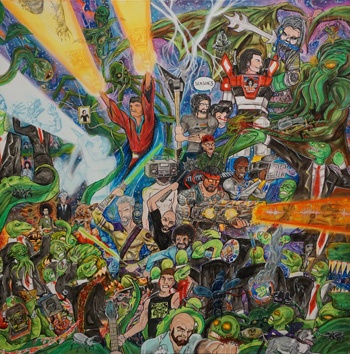 The opener ‘Some New Beautiful Nightmare’ immediately sets the tone with it’s resonant piano intro and soulful vocal accompaniment, before being ignited by the percussion and steady driving rhythm. Soon the guitars set in to brilliantly embellish and add fire to the arrangement. ‘Sirens’ kicks off with vocal harmonies before sliding into an intoxicating rhythm and dancing basslines, which are eventually invaded by bone-crushing guitar interludes.

‘Salamander’ shines with shimmering guitar lines and crystalline vocals that soar with airy ambience, delivering sweet moments of sonic comfort for listeners. The elegant drum work is particularly impressive here, while piano and guitar motifs blend poignantly under the glittering melody of ‘Man from Taured’. The soulful yearning of Herman Martinez’s vocals push towards its fraying edges on ‘The Glide’, while underneath the music ferments and evolves into varying manifestations.

The combination of twinkling pianos and clean guitars, again enchant on the wistful instrumental track, ‘Psuedologia Fantastica’. Riding on a descending chord progression, ‘Midcard’ starts gently before morphing into a sonic turmoil. At the helm, Herman Martinez’s voice dominates the arrangement, prior to the instrumental section. All of which leads to the glimmering jangle of ‘Ghosts of Summer’. Once again, Martinez does a masterful job of fusing narrative, singing, and instrumentation, into an astoundingly gripping experience.

Guitar and vocals make an immediate impression on ‘Day Without’. The nuances of the song is superb in itself, but the way Herman Martinez manages to match the words with the music is absolutely amazing. The undulating keys make for an intriguing intro to ‘Hypnic Jerks’, and continue to color the sonic template throughout the song, rather majestically, alongside the lead vocal. They eventually make for the picked acoustic guitars and complex vocal harmonies on ‘Dutch Tilts’.

The album ends in epic style with the expansive and 7-minute long, ‘Deleted Scenes’. To enjoy this track, you need to sit down in your easy chair and relax, close your eyes and let the music sink in. There are enough dramatic mood, textural and sonic changes, to take you on a highflying rollercoaster ride. Frankly speaking, though, Herman Martinez really got my attention straight from the start of this album, and closing it in this dynamic manner only enhances that sensation.

The crystal-clear, crisp instrumentation and arrangements used to structure and produce the tracks, as well as the overall quality of the songwriting and performances on “Continuity Errors”, is highly impressive. The cherry on top, which pulls all the moving parts of this album together into one cohesive and stunning listening experience, is none other than the producer, Ahmed Mahmoud, who has a fine ear and a deft hand, behind the boards.