Never-mind your car, or drinks at the bar, or how many chains you wear; to settle it once and for all, that’s the only reason we’re here. It’s a …CHALLENGE!” The album “Long Live Jit” is still in a league of its own as it continues to shine light on Detroit’s vast dance history, and its progression. “Challenge” is the joint from JunesFlow, produced by Mark Cooper, and new visual shot by Desmond Travis. Check for the video and witness what happens when the battle is “on sight”! ﻿ “To me, ‘Challenge’ is a song that’s strictly here to provoke

Jim Wyly at J P Hops House, Houston, Texas singing ‘Wildman Of The Thicket’. A Bigfoot Legend from Deep East Texas. ﻿ For years as a member of several bands including Movin Target and The Lunar Rollers, Jim Wyly has been widely regarded by his peers as a master of the songwriting craft. At the young age of 71, Wyly stepped away from the sound and life of being in a band and released his solo debut, “The Artisan”. A roots Americana and blues flavored recording, the album includes the track “Wildman of the Thicket”, a song about the Bigfoot 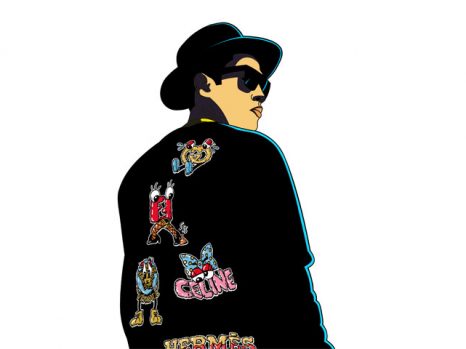 “CryptoBoom” is the second single by Moscow artist DaKing who is currently working on album which will feature previously unheard of 3D stereo effects. As can be gaged by the title, the song is inspired by escalation of cryptocurrencies. DaKing falls into the category of nu-wave rappers. You can hear a bit of his flow, hooks, and ad-lib driven rap style in the music of today’s newest up and comers. DaKing verses have a way of feeling like extended hooks. He loves to chant as his ad-libs swirl in the background. Sometimes he even delivers a rapid-fire flow. The project

Fifth is an artist who has bars and knows how to spit lyrical content…better than most you will find nowadays. If you like artists with substance, then the Pittsburg, CA native is your man. Fifth, whose moniker is the suffix of his full name, has featured on the show “Leah Remini: Scientology and The Aftermath: The Jehovah’s Witnesses”. He is currently riding the wave of his latest single release – “Cost of Doin’ Business”. The whole track is well-produced and engineered. Everything from the instrumental to the vocals, are mastered properly and flow nicely. In addition to putting out a 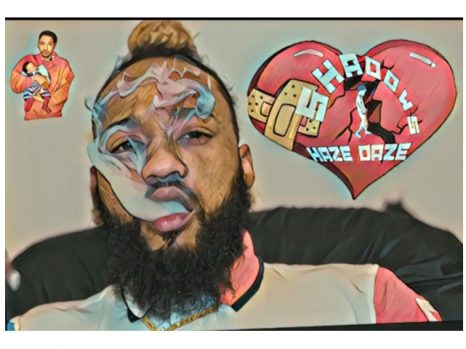 Self-awareness is key, and Haze Daze getting in touch with that allows him to separate himself from the pack, reaching territory where only a handful others reside. But of course his latest track, “Shadows” is also the embodiment of the current culture. The song is the unification of the SoundCloud elite sound and the figures who came directly before, it’s an embracement of that short but rich history. Knowing your strengths or limitations is a skill that few have. Haze Daze on “Shadows”, is not only able to avoid any potential limits, but also accentuate his strengths. The track is

Menes Rebazzar Kedar – “Quantum Helix: Fractal Galaxy” – A voyage into the development of ideas and emotions!

The New York-based artist Menes Rebazzar Kedar fuses a potpourri of musical flavors on his new album “Quantum Helix: Fractal Galaxy”. From hip-hop to blues, rock, soul and electronic stylings, the artist crafts 9 eclectic tracks that defy strict categorization. The music on this album isn’t just a critic or fan pleaser but it’s clear that what Kedar wanted most was to make a recording that actually carries some vestige of meaningful depth. A truly excellent work sounds like putting a stethoscope up to the heart and mind of its creator. The album is very ambitious, and provides one of

1.5 million downloads, over 150 million digital streams, and in excess of 40 million video views, certifies that Framing Hanley are not your simple garden variety of rock n roll band.  Kenneth Nixon (vocals), Ryan Belcher (guitars), Jonathan Stoye (bass), Shad Teems (drums) and Nic Brooks (guitar) make up the reformed Framing Hanley who release “ENVY” – their first album in 6 years – via Thermal Entertainment on 2-21-20. Believe the hype, this album is extraordinary from start to finish. “ENVY” is the right place to start if you are at all interested in hearing this incredible band. Not one

Michael Curry, known by fans as Foolish Senpai, is an upcoming Hip-Hop artist who stands out for his creative vision and the undoubtedly alternative taste of his music. Senpai has been consistent, early into 2020 releasing new visuals for his music. He presents “Loyalty Everlasting” with contributions from E-Man this go around. Keep an eye out for Foolish Senpai as he keeps adding to his catalog of videos. ﻿ MORE ABOUT: The word “senpai”, is rooted in Japanese culture and relates to the “senpai-kohai system” which underlies nearly all relationships. Senpai (先輩) in most cases means “master” or “teacher”. Michael

Merce Gold is a hip-hop artist from North Carolina. He is an artist/CEO of Family Over Entertainment, an entertainment company started by Merce and his brother Louis.  “Gold Standard”, released on 2/2/20, is Merce Gold’s 3rd project, his previous “1993” was released Feb 18th, 2019 and is also available on all streaming platforms. The key element that makes this latest album’s atmosphere really enjoyable for me is the overall lushness of it. The beats especially are as gritty and smoothly layered, and as colorful as the narratives. Another reason that the album is a really enjoyable piece, is that it

The music is booming and hard-edged “10-4”until it’s suddenly dulcet and sweeping, matching the fury and then tenderness with which Change performs throughout. The shift in tone doesn’t feel jarring, but instead like it was building up to that the entire time, a testament to how dynamic and complex the production is. It creates an anthemic, banging experience that is just as important as the words rapped. Hip-hop music, with its lack of filter and abrasive nature, has always been a vehicle by which men who uphold a veneer of toughness and masculine bravado can share their feelings. Part of

Growing up in Manchester, NH, Night Shift Zombie began listening to old school hip hop with his dad. He has had a love for writing music from a young age, and has been influenced by 2pac, Smif N Wessun, EPMD and Das EFX. The rapper released his new single “No Worries” on the first of April because of the song “1st of tha Month” by Bone Thugs n Harmony. The track is a hip hop song that he wrote about keeping it together throughout life’s struggles when the world is going crazy. Man what can you say about this one – the lyrics and beat is topnotch, while Night Shift Zombie sounds like an ultra-professional.

His delivery is smooth and flawless in both the singing and the rapping. The recording too, is non-stop perfect sonic elegance. NSZ’s voice is exactly where it belongs, not the usual in your face digital farces, but smooth and natural. The mastering and engineering is beyond perfect.

“No Worries” is enjoyable and reminds me of why I enjoy listening to all the different music artists coming out of nowhere every day. I see I see Night Shift Zombie not only as a rapper and singer, but a storyteller. He actually says something within his lyrics, which is not just hedonistic or misogynistic.

This is a far cry from the attitudes of some of his contemporaries and peers. Hardly in hip-hop will you find someone who works hard so to imbue their songs with a profound sense of emotional maturity and complexity.

Night Shift Zombie is a brilliant specimen of the renaissance rap some have spent so much time polishing: charismatic and intelligent his rhymes are both personal and global in intention. Without the hype, and big-name guests of his peers, NSZ molds his game, around going it alone. Something he pulls off brilliantly.

Night Shift Zombie a track that is the very essence of melodic, but with more intricacy and self-awareness in these almost three minutes than you’ll find on some albums. On the entirety of “No Worries”, he’s well-rounded, smart, and inventive.

The track is a demonstration of the artist’s level of self-assurance. There’s something raw and relatable about him. Mix all that with an ultra-catchy beat of studio-manipulated drums and guitar, and this number is, without a doubt a powerful single. Night Shift Zombie has allowed himself to access a new artistic plateau.

One not usually associated with up and coming artists, but more affiliated with seasoned professionals. I would give this track a 10/10 for just staying real and because of how well Night Shift Zombie’s voice suits the music he performs. If you’re smart, you’ll just add this to your playlist. 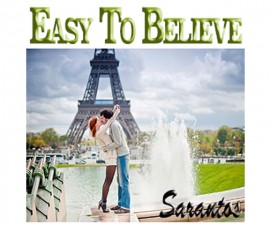 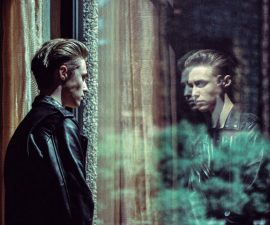 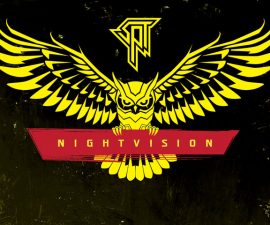